Since it’s Tuesday, I figured it’s time for a teaser. 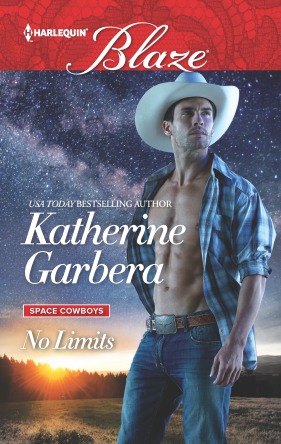 Jason’s skin was hot, his muscles hard under her touch, and damn if he didn’t smell good.

He arched one eyebrow at Molly but didn’t make another move. She felt the unspoken dare between them. Was she going to do this or back away as she had earlier?

His curse lingered in the air around them as his mouth came down on hers. For a mouth that had always looked so strong and tough, it was soft against hers. He took the kiss slowly as if he had all the time in the world.

They had this night.

He tasted of whiskey and temptation. Two things she knew she should resist right now but was unable to.

She was tired of denying herself Jason McCoy.

She’d wanted him for longer than she could remember…and at last it seemed he was hers for the taking.”

I am looking for people to review my upcoming release NO LIMITS. I had a crash on my website email server and lost all the names of those who had previously signed up to review for me. If you would like to read and review for me, would you please sign up again?

For most titles I will send you an ePub file.

Just enter your name in this form and I will get the book out to you. This book is releasing in e-book at the end of August and in print on September 1.

No Limits review copies will be going out this week.

His Seduction Game Plan is my 50th Harlequin Desire release! Here is a cute video I had made to celebrate all of my titles.